gghg1966: I’m not sure who this is in this scene, but it is not Lina Romay. Good scene none the less. 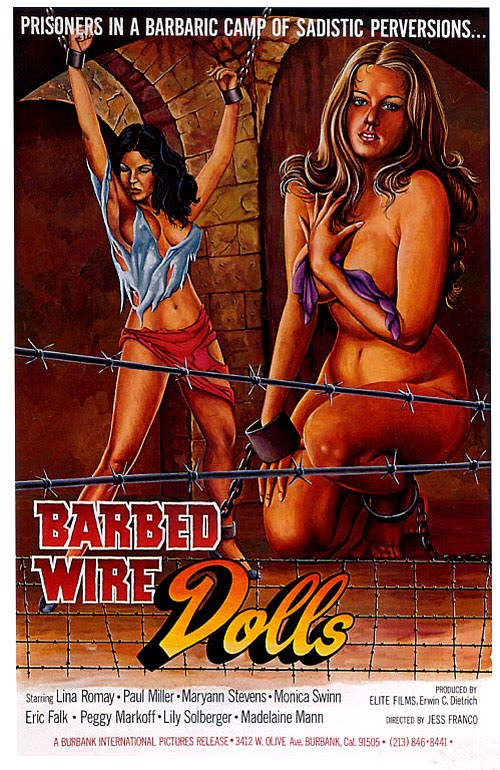 http://www.imdb.com/title/tt0073017/
“Barbed Wire Dolls” has to be one of the sleaziest Women in Prison epics ever created. This is Franco’s first film for Swiss producer Erwin C.Dietrich and it offers tons of nudity and sleaze. A beautiful Maria(Lina Romay) is imprisoned in a penitentiary run by a cruel lesbian warden (Monica Swinn). She is accused of murdering her father (played by Jesus Franco himself) but the wardress actually did the deed. Once in prison, Maria is tortured by being tied nude to metal bed-frame which is hooked up to electrical current. “Barbed Wire Dolls” is as sleazy as they get. The film features incredible amount of sleaze including whippings, masturbation with a cigarette, lesbian sex scenes, rape and a close up of one of the inmate’s private parts being penetrated by a guard’s fingers. The acting is actually not bad and the film is never boring. So if you’re a fan of European exploitation give this dirty classic a look. 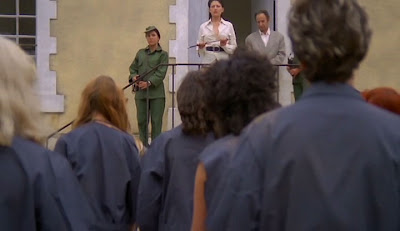 « Elisha Cuthbert – The Girl Next Door (2004)
Melissa Stephens in Californication »