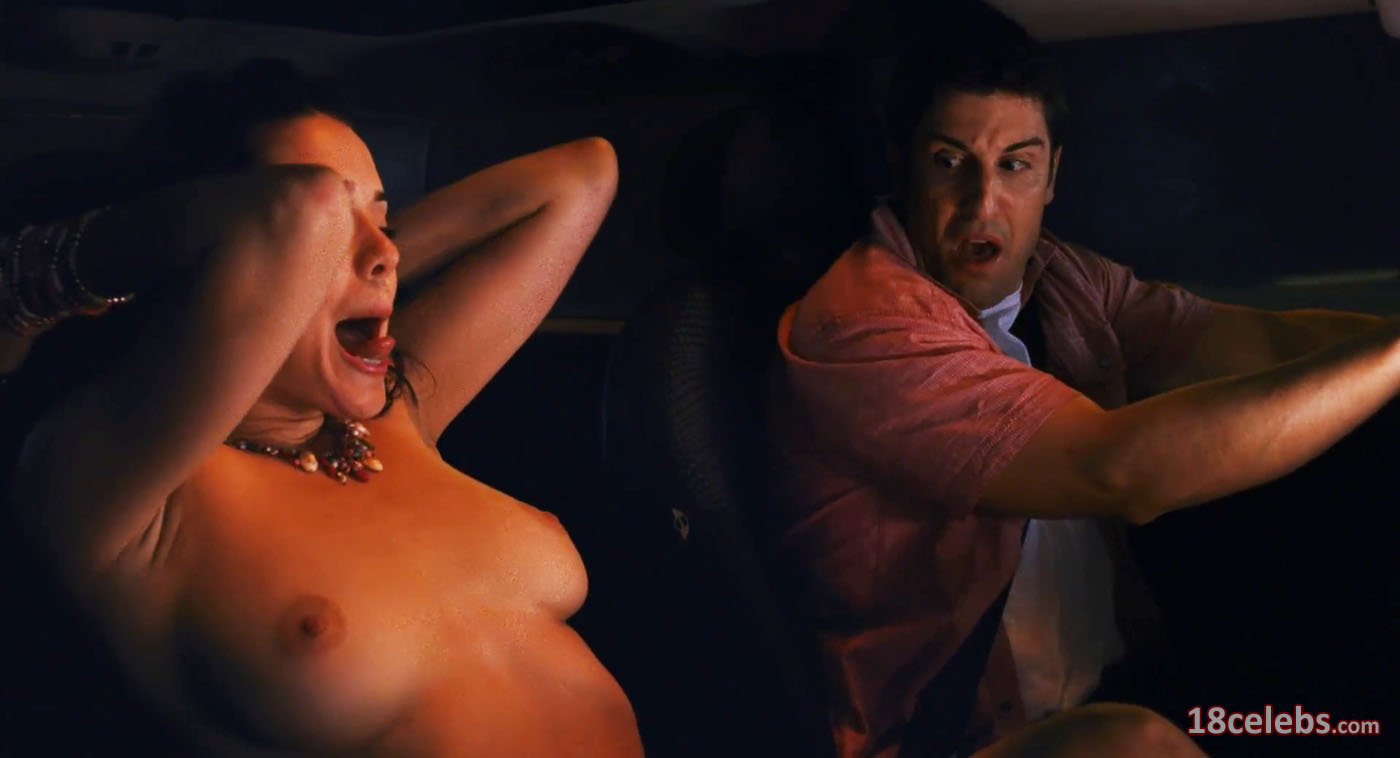 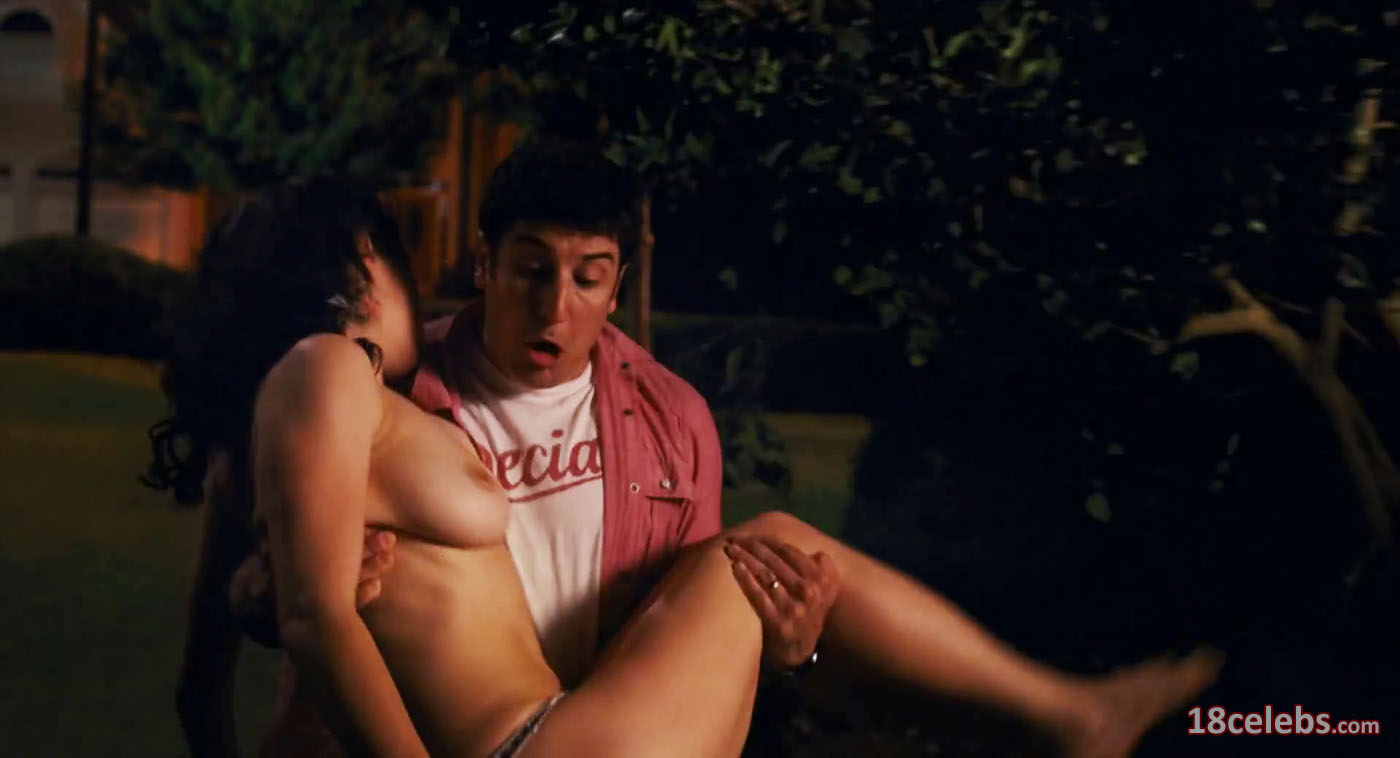 After American Wedding, the bar for the American Pie franchise was set pretty low. With stale gags fit for a low brow ’80s comedy, terrible direction from Jesse Dylan (a director out of his league, even in a teen sex comedy), numerous missing characters, and performances that didn’t feel right (Stifler doesn’t seem like Stifler), American Wedding felt like the tragic death rattle to a franchise that had run its course too early.

Even worse, that wasn’t the end of it. The American Pie franchise also coughed up four clumsy direct-to-video films, each pretty much worse than the next. If American Pie was a high-end baked good, the American Pie Presents franchise was the equivalent of discarded McDonald’s “pies.”

Which brings us to American Reunion, a film that attempts to recapture some of the love and affection fans once had for this ailing franchise. Sadly, the film didn’t quite find its audience in U.S. theaters. Chalk it up to the DTV franchise killing the series’ theatricality, or simply bad timing, American Reunion grossed only a little over half of American Wedding in the U.S. (for the record, the film was a huge hit overseas, outgrossing American Wedding). To be honest, it’s downright tragic that Reunion didn’t find a U.S. audience, especially considering the sequel is at least as fun and funny as the second film.

As luck would have it, American Reunion manages to balance all the old characters with a few new ones as well, and it manages to squeak out a decent story and fine character moments all at the same time. The film, naturally, revolves around the class of East Great Falls ’99 returning for their belated high school reunion.

With American Reunion, everyone is back, even Mena Suvari, Chris Klein and hot mess Tara Reid. The story, from the writers who brought you Harold and Kumar (Hayden Schlossberg and Jon Hurwitz, who also direct), spends a decent amount of time filling the audience in on who’s doing what and why, but slowly the layers are peeled back to expose a pretty troubled group of thirtysomethings struggling with their daily lives.

The film spends a surprising amount of time making sure these characters feel tangible again, opting to shift away from frat boy shenanigans after the second act. And like the original American Pie, Reunion often succeeds at balancing the comedic elements with the more character-driven aspects of the narrative. Scenes like the discussion between Jim (Jason Biggs) and his father (Eugene Levy) about his mother’s untimely passing are not only heartfelt, but sincere and deeply moving, specifically for longtime lovers of this series.

But make no mistake, you’ll also see Stifler (Seann William Scott) pooping into a cooler, and you’ll see Jim fending off his naked just-18 neighbor (played by Ali Corbin). You’ll also see Jim’s infamous penis, up close and personal. The film boasts a nice helping of crass humor, sex gags and T, P&A to offset the sometimes very real dynamic of the characters. That’s what made the first two American Pie movies work, and that’s what make American Reunion a fine closing chapter to a messy series that looks kinda like the pie after Jim…well, you know.
American Reunion comes to Blu-ray courtesy of Universal Studios Home Entertainment. The film is presented in 1.85:1, encoded in 1080p/AVC and mixed in 5.1 DTS-HD Master Audio. The combo pack also includes a DVD, Digital Copy and UltraViolet cloud streaming copy of the film for your viewing pleasure.

The American Pie franchise has never been known for cinematic quality. American Wedding is overly saturated and way too dark, removing some of the film’s charming realism. The original film feels like a low-budget indie, with flat lighting and a TV-like appearance. The only film that looks somewhat decent is American Pie 2. Thankfully, American Reunion takes its cues from that film, with a glossy shine that isn’t too moody, too cheap, or too DTV or TV-like. The encode is pristine, without a hint of compression, banding or noise in sight. The somewhat grainy structure of the Super35 stock is retained, with minimal DNR scrubbing, too.

Audio is about what you’d expect from an American Pie movie. Surrounds are mostly used for the film’s vintage ’90s soundtrack. Dialogue is clean and crisp, with no high-end crackles or distortions noted. Bass chimes in during the film’s minor action beats while also adding heft to the soundtrack, and creating atmosphere during the reunion itself. There’s nothing particularly impressive about this mix, but it gets the job done, and done well.

As far as extras are concerned, the American Pie film franchise has always delivered on that front. As usual, there are two cuts of the film – the original theatrical cut and a slightly extended, unrated cut of the film that adds about one minute. The disc also includes a great commentary track with writer/co-directors Hayden Schlossberg and Jon Hurwitz. It’s a solid listen that pretty much paints exactly why this sequel succeeds where the DTV franchise (and American Wedding) struggled.
For most releases, that would be it, but American Reunion isn’t messing around. The disc also includes a slew of deleted scenes, a gag reel, alternate takes, pranks and a handful of fun, if fluffy, featurettes. All told, there’s a little less than 80 minutes of video-based material here.

Topping off the disc, there’s an interactive yearbook filled with stills, interviews and more, as well as an “Out of Control” picture-in-picture video commentary of sorts, featuring the cast of the series. It’s a nice idea, but there needed to be a few more video segments to really make it worthwhile. The interactive yearbook is definitely worth a look.

American Reunion is certainly not as classic as the first, but it’s about on par with the second film. It isn’t going to win any new fans, but if you like a good teen sex comedy (starring people in their 30s), American Reunion should be a welcome return to form for this messy franchise.